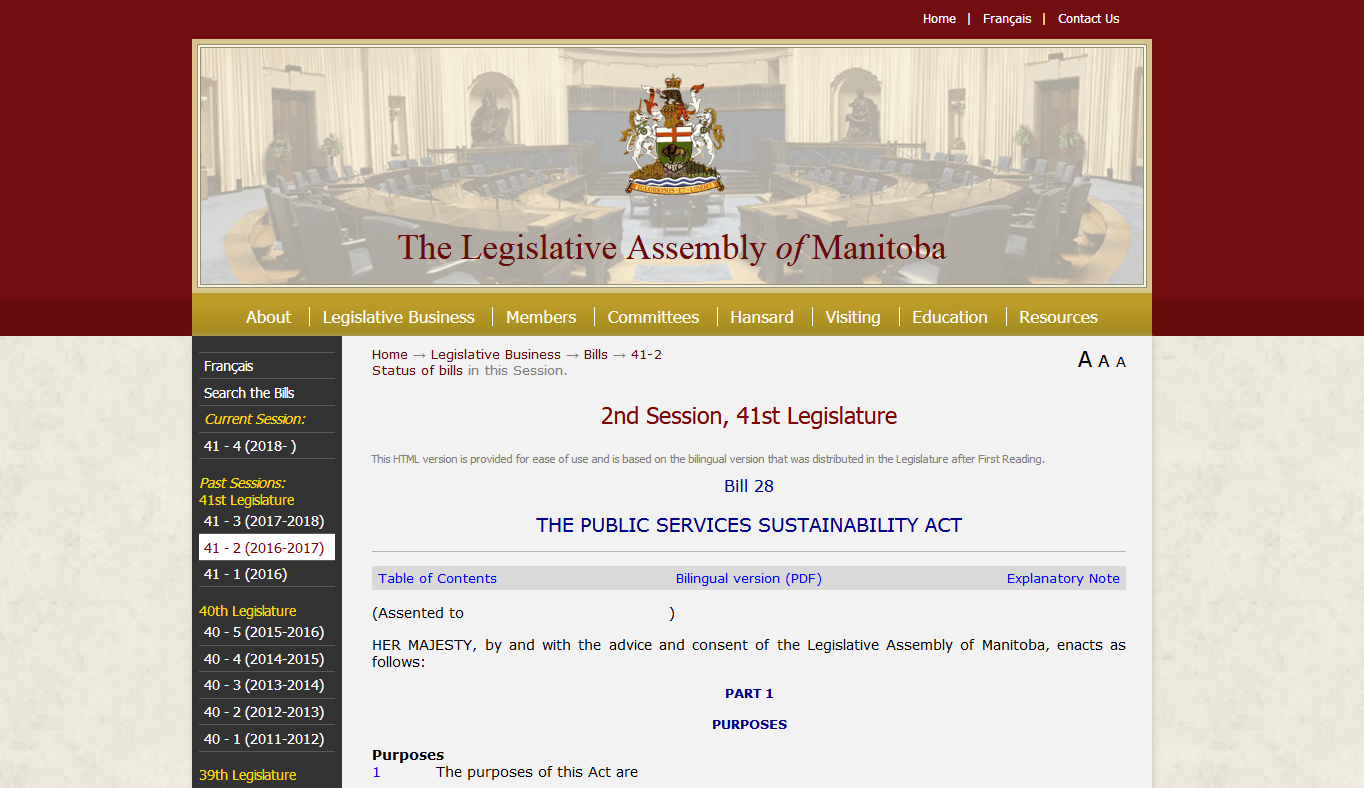 Link to the entire bill here:

This Bill establishes a four-year sustainability period during which the compensation for public sector employees, and the fee payments to physicians and other health professionals, may not be increased except by the percentages permitted by the Bill.

The Bill does not affect an employee’s entitlement to a pay increase as a result of a promotion or reclassification, or to periodic or performance-based increases within an established pay range.

The sustainability period may be shortened from four years to three for unionized employees who did not receive a pay increase in a one-year period that began in 2016.

For non-unionized employees, the four-year sustainability period begins on March 20, 2017. But if the terms of employment allow for a pay increase after that date, the period begins one year after the last increase.

Physicians and other health professionals

The four-year sustainability period, and the percentage limits on pay increases for employees during that period, also apply to physicians and other health professionals who receive payments under The Health Services Insurance Act.

At its heart, this bill aims to impose a four-year wage cap on all unionized public service employees (including health care) of zero increases in years one and two, 0.75% in year three and 1% in year four.

In response, labour unions formed the Partnership to Defend Public Services (PDPS), representing more than 120,000 public sector workers, and filed a Constitutional Challenge of the Bill in the Manitoba Court of Queen’s Bench.  Along with the Statement of Claim, the PDPS also filed an injunction to the Bill as a way to limit its effects until the Constitutional Challenge could be heard.

Even with the lack of Royal Assent, the Bill has had far-reaching effects on bargaining in Manitoba, most notably with the University of Manitoba Faculty Association (UMFA).

Communications from MAHCP, including newsletter:

September 2018    MAHCP vows to fight on despite injunction decision