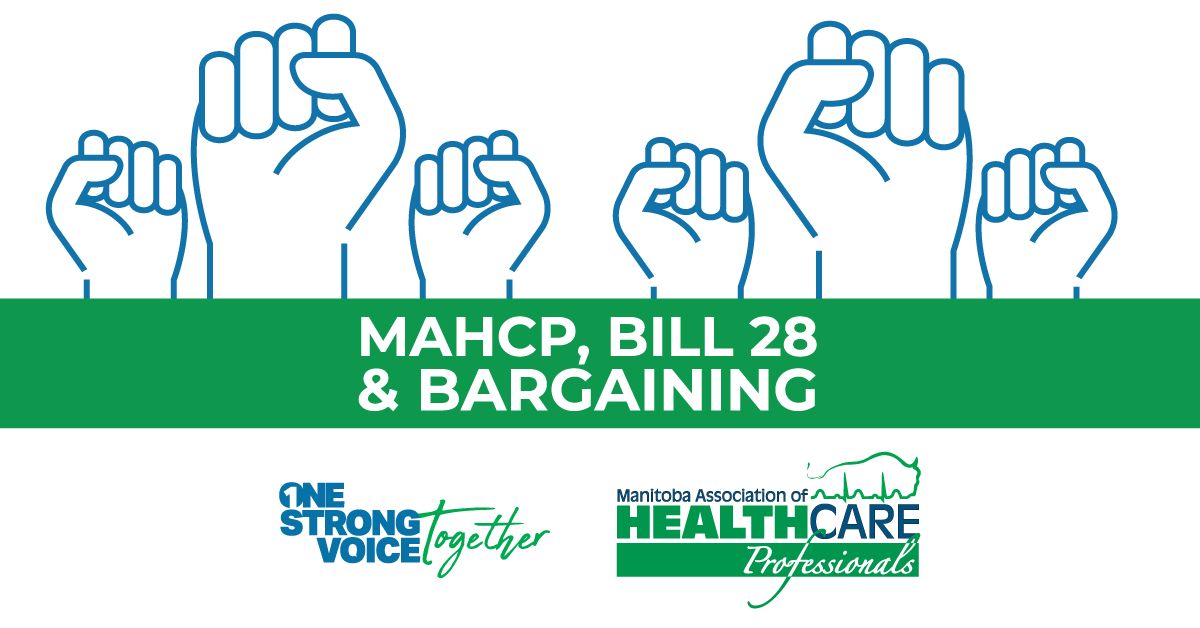 Two days ago, the Manitoba Court of Appeal upheld the Pallister government’s wage-freeze Bill 28 (the Public Services Sustainability Act or PSSA) introduced in 2017. Bill 28 set wage caps of 0%, 0%, 0.75% and 1% over a four-year period for public service employees, which interferes with our charter right to free and fair collective bargaining.

While Bill 28 may have been upheld by the Appeal Court this week, this ruling does not mean that wage increases for MAHCP’s central table bargaining members are off the table. It won’t change our demands as we head into bargaining. We expect this round to be difficult, but we also demand that it be fair.

We are encouraged by the number of recent agreements and arbitration awards that have gone beyond the attempted wage freeze of Bill 28, including the recently ratified Manitoba Nurses Union agreement, and we feel the influence of Pallister-era legislation fading.

The draconian government austerity that Bill 28 represents has failed Manitobans and it has failed our members on the front line of health care. The government must be realizing this.

In fact, we are encouraged that with an upcoming leadership change, we will have an opportunity to reset the Manitoba government’s relationship with health care professionals and all workers. The Finance Minister has said they are looking to the future and they will respect the process of collective bargaining. We are watching closely, and we will hold them to their word.

We know MAHCP members are exhausted and feeling ignored by this government that has asked so much from all of you. It’s time for them to acknowledge – truly and meaningfully – the tireless efforts of the people who helped get us all through this pandemic.

MAHCP will continue fighting for you every step of the way.